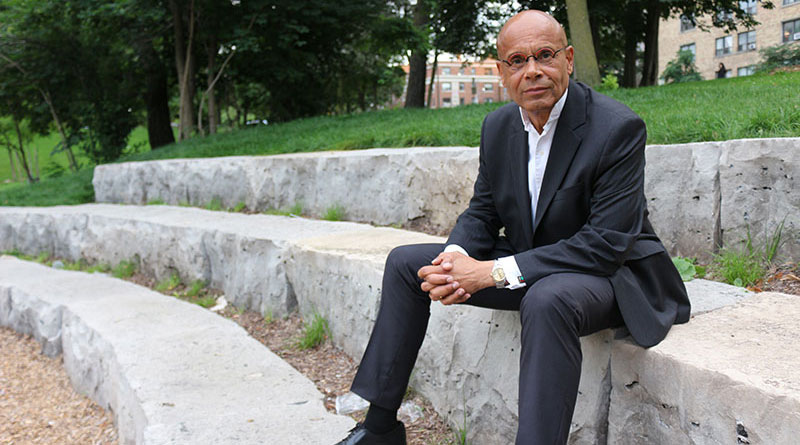 James Russell dons a suit and sits on a café chair recalling his freelancing days with the Toronto Sun and Toronto Star that began 40 years ago.

But after leaving dailies behind in 1991, the Allenby resident followed his true passion: film production. With his script for Father’s Day in his back pocket he left for Los Angeles.

Much like every other screenwriter, from varying backgrounds, he found the dreams of La-La Land stardom were fleeting.

“I packed my bags and went to Hollywood because I figured this script was so great that Hollywood was sure to embrace me,” he admits, in a café overlooking construction at Yonge and Lawrence. “Little did I realize that every barista, car wash attendant and waiter had a script in their back pocket that was better than mine.

“I lasted a year and a half in Los Angeles.”

The script in question is a drama following the struggle of a father who lovingly raised a son who turns out to be a serial killer.

“The impetus for writing Father’s Day in ’91 was that one of my sons got in trouble — not serious trouble, but it could have been,” he says. “As a parent, I asked where does my responsibility end? He was 23 then. Is it now society’s problem, or do I still bear some responsibility?”

The 71-year-old has five children, who are the inspiration for his production company’s name: Manks. Their five names, Maziku, Andrew, Ngina, Kaseka and Sekou, create the acronym label.

His son was not the only source for his screenplay, as serial killers played a prominent role in the news back then. Jeffrey Dahmer, Pee Wee Gaskins and Paul Bernardo all had headlines in the newspapers in 1991.

Still with the initial stages of his screenplay rejected, Russell went into corporate communications thereafter, but the moral of the story is to never give up. After multiple visitations, he is finally seeing Father’s Day into production. John Billingsley of Star Trek: Enterprise fame has been cast, as well as Mexican soap star, Sophie Gomez. Director-documentarian, Keran Rees, has been linked to the project as well.

They start filming in November, and Russell, as screenwriter-producer, is tasked with job of raising funds for the feature. He’s gone to the extent of setting up an Indiegogo account to raise the $3.2 million. The Mexico film board is providing an additional $800,000.

Film production is not a new pursuit for Russell. He’s produced four shorts in the past.

After Father’s Day, he’s pursuing larger aspirations. He wants to own his own film studio in the city, and he says he’s dreaming of buying Pinewoods Studios in the Port Lands. Before that, he’ll start production on his second feature, a horror film titled Cut It Out, and then it’ll be a western, Buffalo Black.

Raising millions is a pretty big feat for an independent film to accomplish. Veronica Mars was one of the few to do well, but Russell points out they already had support in means of distribution. He acknowledges the $3.2 million goal may not come to fruition, but he’s optimistic.

“If this Indiegogo campaign doesn’t raise the $3.2 we need, we’ll use it to leverage other investors,” he says. “We may have to cobble together our $4 million here and there. That’s not unusual, even for a Hollywood film.”

Change in the cards

December 30, 2011 Town Crier staff Comments Off on Change in the cards 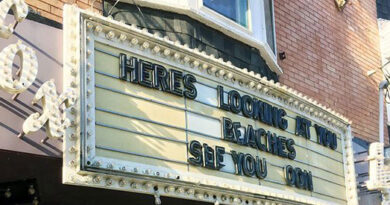