The DeMar DeRozan Slam Dunk Book Club is back for another season, and this year the namesake and Toronto Raptors star plans to visit North Toronto personally.

The club, meant for kids in Grades 1 through 6, includes an hour and a half of basketball and 30 minutes of reading and doing book reports each Saturday. Traditionally, the year ends with a visit from DeRozan, and this year that visit is to take place at John Wanless Junior Public School.

“I think the biggest excitement factor for the Wanless community is the fact he’s going to be coming to this neighbourhood this year,” club founder Patrick Rutledge says. “So if we can get 50 or 60 kids, that would be fabulous.”

Sessions begin Feb. 7 at Ledbury Park Elementary and Middle School, running every Saturday until April 30 and moving over to John Wanless starting March 6.

The club has a new sponsor this year in Hoop Kid, a basketball-inspired multimedia brand, which also donated books for this year’s club.

Rutledge says despite past challenges to get necessary funding — including one year being funded by DeRozan himself — repeated calls from parents asking if the club was coming back this year made him ensure it would be up and running again.

He said it’s always rewarding to see kids leaving the club in the spring having become new fans of reading.

Rutledge added there may be another treat in store for kids this year, as DeRozan has said in the past he may try to get other Raptors to join him in the visit.

“We’re going to try to hold him to that,” Rutledge said with a laugh. 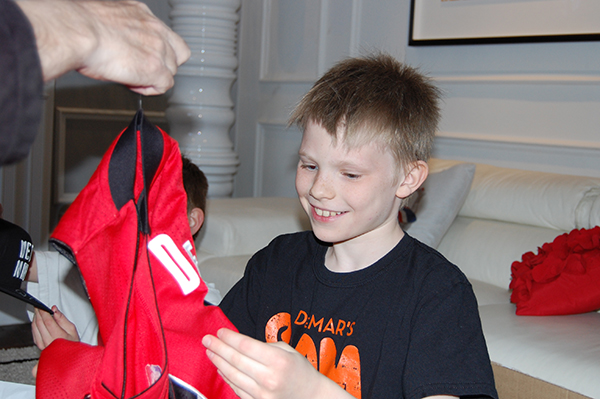 Boy, 10, gets surprise from Raptor