Call him superstitious, but goaltender Jamie Maier attributes a turnaround in his season to his return to a familiar ritual.

Playing for the midget senior Leaside Flames in the GTHL and Leaside Lancers in the TDSSAA, Maier had stopped his pregame ritual of drinking a can of cola in September, when the Flames season began. But after a frustrating 4-3-1 record in October, he went back to his ritual: drinking a Pepsi just before game time.

His performance rebounded. He posted a 6–2–2 record for the Flames in November, and put up an impressive 3-0-0 record to start the Lancer season in December. The season opening game with the Lancers, a 5–2 win over North Toronto Norsemen, was his best performance of the season, he said on Dec. 19.

“I find the Pepsi gets me into the game,” he said on Dec. 19, moments after defeating East York Goliaths. “It makes me feel like
I know what I need to do.

“I wasn’t playing as good hockey so I went back to the Pepsi and I’ve been playing my best hockey since then.”

“He takes pregame lighter than other guys, but still seriously enough to get himself into the game,” says Ahren McCutcheon, a
teammate who has noticed his ritual and understands that goalies can be superstitious.

“He’s very into sports and knows what he’s talking about, and has that presence that people tend to gravitate towards.”

Eyeing a GTHL championship and an OFSAA berth this winter, Maier is focused. On the ice he’s alert, and uses his speed to cover ice quicker. In a 5-1 win over Northern on Dec. 12, the only goal Maier allowed was a tip-in off a screen.

Maier has played competitively since Grade 3.

Ben Anthony, a teammate from both his Flames and Lancer squads, who has played with Maier for eight years, says he is impressed by Maier’s focus and dedication.

“He just wants to win,” Anthony said. “He loves the game.”

While he considers hockey as much a part of his life as is his friends and family, Maier says he isn’t eyeing higher-level hockey.

For him and his teammates, he says, it is a break from their busy lives, and a way to be in touch with each other as they get older.

“Most of us are like, we love hockey but we’re not going to take it anywhere,” Maier said. “So it’s a good way to get some extra ice time, but enjoy the ice while we’re there.” 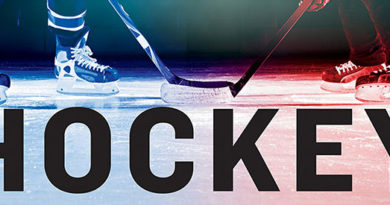 Oct. 5: The fight over Hockey Night in Canada

September 21, 2018 Streeter staff Comments Off on Oct. 5: The fight over Hockey Night in Canada