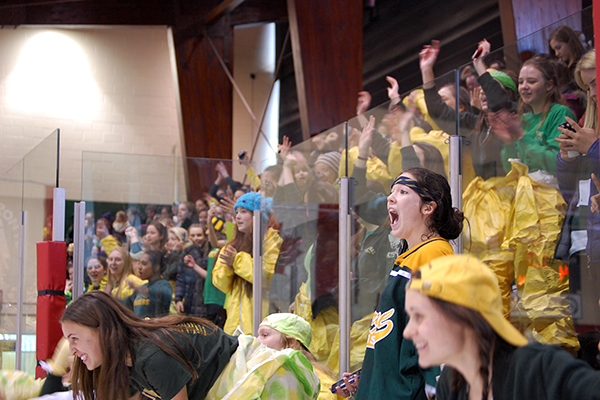 Charter buses fill the parking lot of North Toronto Memorial Arena. A long line of fans make their way through two separate entrances and into the standing room only crowd, who are busy filling the rink with cheers and jeers opposing their rivals.

The energy is electric Tuesday afternoon as the puck drops, marking the beginning of the 2015 Elizabeth Kathleen Hewitt Memorial Trophy game, played for more than 50 years between Bishop Strachan School Bobcats and Havergal College Gators.

The fast-paced back and forth game would see just six of its 40 minutes not locked in a tie, as the 2-2 game needed a shootout to decide a victor.

In the end, it was the Gators’ Natalie Marrone who would score on the fifth and final shot, clinching the victory. The win, she said moments after scoring, felt “great.”

“I’ve been playing since Grade 7 here,” the Grade 9 skater said. “We haven’t won for a long time so it feels great.”

Havergal College principal Helen-Kay Davy, a native of the UK who is in her first full year at the school, called her first live hockey game experience “awesome” and joked that she should’ve come to Canada sooner.

“I think I’ve obviously been missing hockey all my life,” she said with a laugh outside the arena after the game. “They worked hard to do this, and this is a fantastic win for us.”

Despite being on the losing end, Bobcats captain and top ranked provincial player Jessie Eldridge, who opened the game’s scoring near the end of the first period, said the game was still a lot of fun.

“There was huge support from every member of the team,” she said. “Despite our loss, I enjoyed every minute of it.”

The first period ended with Eldridge’s marker as the lone goal. A minute and a half into the second, Emma Buckles tied the game for the Gators. Goals from the Bobcat Brooke Ellsworth and Gator Jordan Kazan Baigrie would come 1:04 apart late in the period, concluding the scoring in regulation time. There was no scoring in the third period, despite the Gators starting it with a five on three power play.

The shootout also went 2-2 until Marrone’s game winner came on the final shot.

Havergal head coach Stephanie Burlton said everything was clicking for the team, who all came together to make the win happen.

“Everyone wanted it,” she said. “There was not a player on the ice who wasn’t passionate about winning this game.” 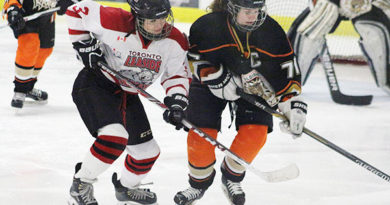