One of the more prominent sports in Toronto high schools, volleyball, is a fast paced game that gets kids competing indoors during the winter months.

But what happens when schools close up for the summer and young athletes need to sate their need to overkill a Wilson?
Head to the beach.

That’s what the Ontario Volleyball Association is hoping as volleyballers look to dig in the sand, beach volleyball coordinator Josh Nichol said.

“I think the structure of the sport really helps attract the kids because in beach volleyball you don’t really need a coach or a team, you just need a friend who wants to play the sport and spend a Saturday or Sunday on the beach,” he said. “They can be as serious as they want or they can just enjoy the sport.”

In a separate initiative the Ontario Volleyball Association has teamed up with Beach Blast in a joint venture to get a league going, opening the doors for anyone to come out and play 2, 4 and 6-player team tournaments, said project leader Lisette Stapley.

In its first season, the Beach Blast league has captured enough players to be well over 50 percent capacity on a max of 830 teams.

The opening up of Ashbridge’s Bay has also given under-19 national beach player Melissa Humana-Paredes more chance to dig in and train. She’s also seen an improvement in interest from others.

“I think it’s a huge opportunity for beach volleyball to grow in Canada and especially to get more kids out to play,” she said. “A lot of kids have had the opportunity to play.

“It’s really helpful for people like me who now have this access to the beach that we never really had before.”

“I think volleyball is a pretty unique sport where you can be at any level and really enjoy the sport,” he said. “You’re outside and with your friends so whether you’re the best player or possibly the worst player, it’s still an environment that’s very fun.”

Hot fun in the summertime is spreading to the youth in Toronto, but there’s still more work to be done.

“If you were to ask any 14-year-old who their favourite volleyball player was they probably couldn’t name you anybody,” Nichol said. “So it’s always good to get our sport as much exposure as we can.”

Havergal to Harvard for volleyball star

July 15, 2014 Brian Baker Comments Off on Havergal to Harvard for volleyball star 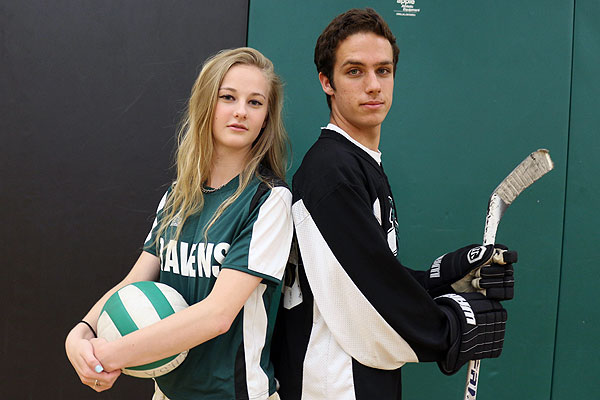 Believe it: you lost to an arts school

July 11, 2014 Brian Baker Comments Off on Believe it: you lost to an arts school

Change of schools good for volleyballer

August 25, 2011 Town Crier staff Comments Off on Change of schools good for volleyballer