Lawrence Park is ready for anything.

With two of their starters sitting out with injuries, the Panthers were forced to shuffle formation in senior girls volleyball action Feb. 3.

“We went in with everything we had off the bench and it just seemed to work,” she said. “We’ve played the same system the whole time and a lot of these girls are club players — they’re ready for anything you throw at them.”

The win also gave the Lawrence Park troupe a six-pack of wins and a goose egg in the loss column.

When it came to playoffs, Fernandes assured her charges would have no trouble over-powering the West Division’s 4-3 Harbord CI Feb. 8, especially with the strong performances Jenna Campbell and Lily Macleod had against Northern. Fernandes’ charges proved that with a 2-0 quarter-final win.

“I think we’ll be ready for that game,” she said, adding a tournament at the east end’s leader, Sir Oliver Mowat, will be a great rehearsal for the divisional post season.

Mowat sits at 9-0 in the East Region’s Tier 1 division.

Northern’s 4-2 record gives them a third place spot in the east. They’ll face University of Toronto Schools. Results were not known at press time.

Red Knights coach Wendy Luck said season was adequate up until their performance against Lawrence Park.

“The girls have done well,” she said. “They’ve come a long way from what we were, although by the way we played today you wouldn’t know it.”

In terms of a post-season strategy Luck was looking at boosting the Red Knights’ defence.

“Right now going with an open mind for us,” she said. “It’s our biggest game in terms of blocking. We have to play a little bit more strategy in the back court.”

Fernandes was a little coyer with her gameplan.

“I can’t tell you or (our opponents) may read it,” she said, with a laugh. 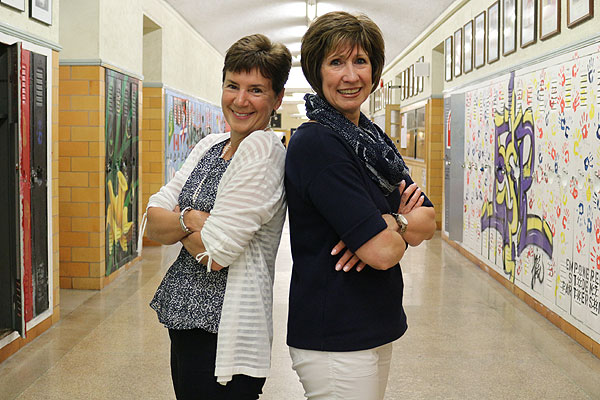