St. Michael’s Buzzers may have changed leagues a few times, and fewer St. Michael’s students play on the team, but the storied organization still produces players who reach the NHL.

Since its many incarnations in the 1920s, Buzzers have made the NHL. Five — Frank Mahovlich, Dave Keon, Dick Duff, Red Kelly and Gerry Cheevers — are Hockey Hall of Famers.

Newer stars include Eric Lindros, Andrew Cogliano and Brendan Smith. One St. Mike’s graduate, Kevin Dineen, had an 18-year NHL playing career, coached Florida Panthers and will be behind the bench this month as Canada’s national women’s team vies for gold at the Sochi Olympics.

The Buzzers, the Junior B hockey affiliate of Junior A St. Michael’s Majors for 70 years, became the resident junior hockey club at St. Michael’s College School after the Majors franchise moved to Mississauga in 2007. The Majors themselves have produced 100-plus NHLers.

Rich Ricci, the Buzzers’ current head coach and general manager, says he tries to provide a professional environment, but encourages well-roundedness for players on his roster. Many of them will head to the NCAA, which is sometimes a gateway to the NHL.

“We tell them about the tradition and expectations, the opportunity they have to be part of this,” said Ricci, who has produced six NHL draft picks in five seasons with the club. “Hard work, dedication and how they carry themselves are all part of the process and the culture we have here that lends itself to kids that want to excel in hockey.”

Matt Buckles and Troy Josephs were selected in the 2013 NHL entry draft, by Florida and Pittsburgh, respectively. Reilly Smith was taken by Dallas Stars in 2009. Nick D’Agostino was selected by the Pens and Brandon Burlon by New Jersey Devils in 2008. Louie Caporusso was drafted by Ottawa Senators in 2007.

Buzzer alumni cherish their time there. Dineen, who played for St. Mike’s in the 1980–81 season before heading to the University of Denver, fondly remembers “a great hockey experience,” and chuckles about spending “a lot of time on those subways and streetcars busting around town.”

In a late January telephone conversation following a practice with the Olympic team in Austria, Dineen said he was “very fortunate” to have had the St, Mike’s experience, and mentioned “a gym named Oliphant a lot of us used to go to and work out” and that “I was getting excellent coaching” among favourite memories.

Successful ex-Buzzers by the numbers

98 Number of Buzzers who have made the NHL.
5 Buzzers who are Hockey Hockey of Famers: Frank Mahovlich, Dave Keon, Gerry Cheevers, Dick Duff and Red Kelly.
8 Buzzers who have been selected directly from the team in the NHL Draft since 2000, including Andrew Cogliano (2005), Brendan Smith (2007), and Nick D’Agostino (2008).
13 The combined number of provincial championships in several leagues, including six Sutherland Cup trophies as Ontario Junior B champions, and three Buckland Trophies as winners of the current OJHL, including in the 2012–13 season. 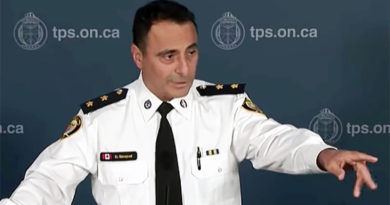 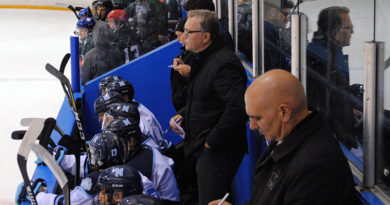