Michael Erickson has lead students through field trips in West Africa. Now he wants to lead Ward 14’s constituents through a wilderness of a different kind — the next four years at city hall.

“The role of a city councillor is very similar to the role of a teacher in the way that a teacher is both responsible for their own class and the larger school,” says Erickson, a public school teacher at Harbord Collegiate who works with at-risk youth.

“I think folks are looking for someone with positivity, drive, energy and skills and when people meet me face-to-face, that comes across.”

Although teaching is his passion, Erickson says he felt the need to run for council when he became dissatisfied with the progress at city hall.

“When I feel that something isn’t being done in the right way in the world, I tend to step up rather than complain about it,” says Erickson, 35. “I really feel like even though we had a progressive council the last four years, there are a lot of things that have been neglected and off of the agenda.”

He points to bike plans and Transit City, ideas he supports but has been disappointed in the lack of implementation.

“The city’s plans for bikes and Transit City are amazing. The next stage of course is turning the plans into action. I think the ideas are all in place, but they were passed eight years ago.”

“I’m in favour of simple plans that don’t require a lot of money or organization, but are concrete, targeted and have immediate impacts,” he says.

Although there are a number of other candidates running in Ward 14, Erickson says he’s confident that election night will be a two-horse race between himself and incumbent Gordon Perks.

“Other candidates talk about their feelings, or what they believe in, but I intend to have a plan that tells people exactly what it will look like if I were councillor,” says Erickson. “I have no doubt when the votes are counted in October, it’ll be between Gord and I.” 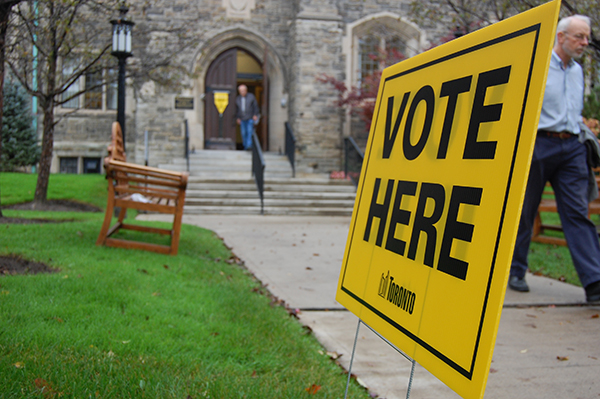