It was perseverance, scientific curiosity and a bit of luck that led two groups of GTA students to medal standings this year at two regional science competitions in which participants conducted their own research projects in the biotechnology field.

Maurice Pasternak and Michelle Mercado came in second place in the York Region Sci-Tech Fair for their project that used ultrasound technology on human breast cancer cells to test the effectiveness of chemotherapy.

The pair chose the topic because both had family members who had breast cancer, Pasternak said.

“We were thinking that since we’re interested in science, why not work toward making some development in this area?” Maurice said.

Doctors normally do a biopsy to see if the cancer is malignant,spreading or changing. Instead, the group used ultrasound technology,which is a less invasive way to detect whether a tumour is shrinking.

The group used a specific type of ultrasound, acoustic microscopy, to identify the different types of cells in an area after it was scanned.

“It can quickly tell you whether there is a majority of cancer cells,whether the cells are being killed by whatever drug you’re using,”Pasternak said. “And so by using this method, you can quickly detect(whether) your chemotherapeutic treatment is working or not.”

Pasternak said the project taught him not to overlook things that don’t seem to match.

“Some things may not seem to work with others, like ultrasound and cancer. But you’d be quite surprised. This certainly shows that you should never be afraid to take chances.”

Another group of St. Elizabeth students — Alessia Manzoli, Megan Vellozo and Lauren Moretto — came in second place in the Sanofi-Aventis Bio Talent GTA Challenge, which came with a $2,000 cash prize.

The group examined the effects of Hepatitis B drug Adefovir on leukemia, and found after one day of treatment, the drug killed almost all of the leukemia cells.

The group decided to do their study on leukemia because Vellozo has a family friend, a 10-year-old girl, who has the disease.

“To get a chance to try to find something that would possibly help, she jumped at the chance,” Manzoli said. “It was a personal interest of hers, and we all took it to heart.”

The group did their research at Princess Margaret Hospital with Dr. Mark Minden as their mentor.

Manzoli said they were lucky they zoned in on Adefovir as the drug o fchoice for testing. They originally got the idea from studying Minden’s past research.

“He had been trying drugs that were used for one disease, and he we would use it on a different one. So we thought we wanted to do that with leukemia but we weren’t exactly sure which drugs to use.”

After consulting Dr. Minden, they narrowed it down to two drugs.

“Because of their structure, we thought it would be effective on leukemia,” Manzoli said. “We actually started on the study doing both drugs and we found that (Adefovir) was effective.”

Doctors at Princess Margaret are continuing the group’s research to see if Adefovir can be used as a treatment for leukemia patients.

“(If) it can be used as a drug, it would be so much more effective than chemotherapy,” Manzoli said. “When Adefovir is used in Hepatitis B patients, it has almost no negative side effects. Chemotherapy has so many. It weakens the patient because it kills a lot of good cells too.But (Adefovir), if used as a treatment…would keep the patient healthier.”

Manzoli said doing this project has been the best experience of her life.

“It was roller coaster. There were some moments we were so excited because we knew exactly what we were doing. Then there were times when everything went wrong, everything imaginable. It can get frustrating but it was good overall.”

Both groups spent hours at the labs doing research, sometimes during school hours.

“It was really stressful. It was very hard to handle, I’m not going to lie,” Manzoli said. “But it was all worth it. I wouldn’t take it back…Even with all the work, I’m still proud of what we did.”

Pasternak agrees it was hard keeping up with other schoolwork. His group spent almost every Friday from 10 a.m. to 6 p.m. working with a graduate student at Ryerson University.

“That was a price we had to pay sometimes, to miss school and catchup,” he said. “For a time it hurt, but after you adjust, you can get back on your feet.” 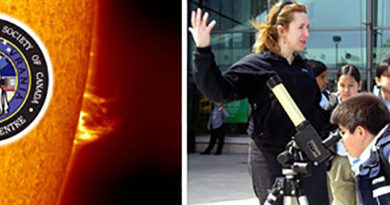