Michael Bales doesn’t typically receive packages from the University of Chicago. So when he discovered a box on his desk containing a trophy and certificate declaring him an “outstanding educator,” the TFS classical languages, civilization and philosophy teacher was downright astonished.

“It was absolutely a bolt from the blue,” Bales said in late December. “I’ve been a fan of the University of Chicago for many years, but it turns out we’ve never sent a student there before.”

Scott is the first graduate from the Bayview and Lawrence area school to go on to study at the University of Chicago.

In May, the university contacted incoming first-year students by email, encouraging them to nominate a teacher who had made a profound difference in their life during high school.

“I’m fairly convinced that he knows everything,” the 18-year-old said when contacted during the holidays at her family’s North Toronto home. “He’s very engaged, and he also takes interest in his students.

“I was a competitive swimmer and he’d always ask me questions about what meet I was going to, and times I wanted to qualify for, and just about things that were going on with me.”

Additional fees were required for the first two Greek classes, which were taught after school hours, but Bales volunteered to teach the third during his preparation time.

Bales also mentored Scott as she wrote her extended essay, the two-year university-level research project mandatory for all graduates of an IB diploma program.
Her topic was pre-Socratic Greek philosophers and why Western philosophy emerged when it did.

“It was a very sophisticated topic for a high school student to take on,” Bales said.

Scott got 36 out of 36 for her essay which, along with Bales’ letter of recommendation, contributed to her acceptance by the University of Chicago.

She has yet to declare a major, but expects to focus on language, literature, history, art and civilization.

The award Bales received comes from a 30-year program the University of Chicago has run to recognize “contributions to the academic and personal development of young people.”

“It’s absolutely a delight to receive this kind of recognition from a university of this calibre, and part of the delight was having absolutely no idea that it existed,” Bales said with a laugh.

Not up for debate

March 7, 2012 Town Crier staff Comments Off on Not up for debate 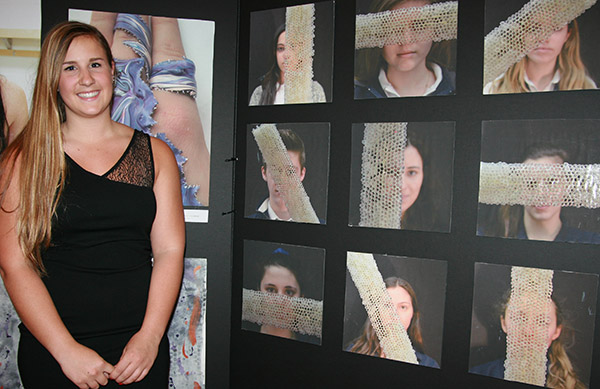