On election night in St Paul’s the only drama it seemed was what time Eric Hoskins would show up for his victory party.

Early polling results showed Hoskins well out in front of his challengers to the glee of his supporters gathered at the Sports Centre Cafe on St. Clair Avenue West, including local MP Carolyn Bennett and Ward 22 councillor Josh Matlow.

As they awaited the man of the hour, they scanned the voting results of other races on a big screen which showed the Liberals on their way to re-election, albeit short of a majority.

By the time Hoskins arrived at the party around 10:30 p.m. , he had already been declared victor by most major media outlets. Nevertheless, he said he would not take the victory for granted.

“I’m so humbled and honoured be re-elected by the people of St. Paul’s with a strong mandate,” Hoskins told the Town Crier. “I pledge to keep working hard for them and do the job they’ve asked me to do.”

At her small election night party at the Fox and Fiddle near Yonge Street and St. Clair Avenue, McGirr said she had no regrets with the way she ran her campaign.

“We had 400 volunteers, more than any one else in the province,” said McGirr. “We made great strides in St. Paul’s.”

Despite the victory of their candidate, some Hoskins supporters expressed dismay at the overall low voter turnout across the province which they attributed to voter apathy and the start of the NHL season.

Liberal supporter Monte McMurchy said he was disappointed to see the overall low voter turnout but gladdened that residents of St. Paul’s chose to exercise their democratic right to vote.

“What saddens me is are those people who choose not to participate in the process,” said McMurchy. “They’re allowing someone else to make up their minds for them.” 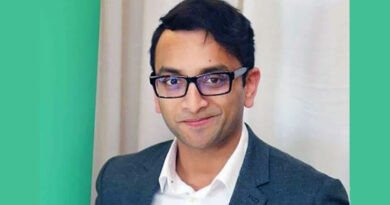