Mayor Rob Ford has inadvertently done what many of us in local government have worked for years to achieve: he has awakened the people of Toronto and ignited a new civic spirit.

For many, Toronto politics is background noise, slightly amusing entertainment or a minor annoyance. Rarely do between-election politics move Torontonians to do more than complain. Not this summer. Not in this critical time for Toronto.

Almost 2,000 attended public consultation meetings to talk about what services are necessary to make our city thrive economically and socially.

Over 13,000 answered a complex online questionnaire to tell Toronto politicians what programs are priorities and how we should pay for them.

Hundreds attended committee meetings at City Hall, often for the first time, to offer firsthand their ideas and opinions. Many waited hours to speak; thousands watched throughout the night on TV.

For those of us at the July executive meeting, it was a day of renewal and hope.

It reaffirmed that Torontonians want responsible yet compassionate government. They called for efficiencies — but not at the expense of vital programs that help build a socially cohesive society.

They told personal stories that were hard to tell. They said many services provided a refuge and made a difference in their lives and their communities.

They said libraries, recreation, child care, public transit and other services are essential for a diverse, modern and prosperous city.

Building a sustainable budget is essential for Toronto’s future. And it must be balanced in several ways. Expenditures must match revenues; short- and long-term goals must be included in a multi-year plan; and, most important, the budget must balance the interests and needs of all its residents. Torontonians expect that we will do our best to deliver services efficiently and keep taxes as affordable as possible.

This summer, through their presence and their words, residents said resoundingly that Toronto must also remain a city for everyone, a city we’re proud of, a city worth defending.

This fall, as the mayor and council begin making decisions on the service reviews and budget, stay awake.

Don’t let Mayor Ford and others convince us that a great city is only a dream.

You can also join others in defending city services by attending a One Toronto rally at City Hall on Monday, Sept. 26 at 6 p.m. 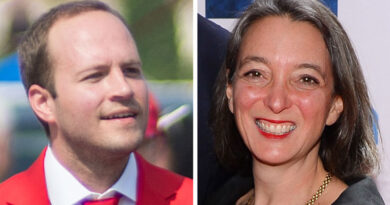 September 21, 2021 Eric McMillan Comments Off on Another east-end Liberal sweep in federal election

One thought on “Torontonians waking up, thanks to Ford’s damage”