Half of all traffic infractions in Leaside are committed by residents.

That was the most surprising revelation that came out of Ward 26 councillor Jon Burnside’s Enforcement Town Hall on Nov. 3 — despite traffic safety being at the front of many Leasiders’ minds.

Toronto Police’s 53 Division, which covers Leaside, made the discovery during separate rush-hour enforcement blitzes in July, September, October and November.

For the Leasiders who attended the meeting, Burnside says, the message was clear: more education and enforcement is needed, for residents and visitors alike.

“Because theoretically if everyone in the community obeyed the rules then you’d have half as many infractions,” he added.

However, he says when stopping drivers in Leaside, TPS’s goal is more often education than punishment.

“Tickets don’t always change behaviour,” he says. “It’s when you can engage people and talk to them about the consequences of rolling through the sign, of distracted driving, or speeding — that conversation, I think, is much more impactful.”

Leaside, of course, is home to one of the most dramatic illustrations of the consequences of not obeying traffic laws — the 2014 death of six-year-old Georgia Walsh, who was fatally struck by a driver who did a rolling stop while turning right at a red light.

“We just don’t want another event like that, ever,” Moyer said. “One is too many.”

To that end, the police use several methods to educate drivers, he says.

“The big message we push all the time is the need for safe communities and neighbourhoods,” Moyer says. “That’s where the conversation always begins. And how would you feel if it was your kid?”

Moyer plans on giving a series of talks soon to parent-teacher associations, educating them about the most common offences seen outside of school and emphasize the need for patience and due diligence when it comes to their children’s safety.

Twice a year, the division also conducts a campaign that enlists young students to help teach a lesson.

“We’ll pull some guy over for speeding, and instead of getting a ticket, a little girl or boy will walk up to the car and give them a piece of paper that says, ‘I’m eight years old. If you had hit me, you would have killed me,’” Moyer says. “You want to talk about having an impact? People have cried.”

As for enforcement, Burnside says one encouraging sign of 53 Division’s commitment to improved traffic safety during his town hall meeting was City of Toronto Police Chief Mark Saunders’ repeated support of technology-based enforcement, an approach Burnside says has worked in Alberta, and which he’s advanced at city council.

“You put a little box near the intersection that takes video, because you need to have video of someone going through a stop sign,” he says. “Then the operator sits 200 metres away in a van or car and when they see someone breaking the law they just click a button, the video goes back 14 seconds, and the driver gets a notice in the mail and a link to the website where they can see themselves committing the offense.” 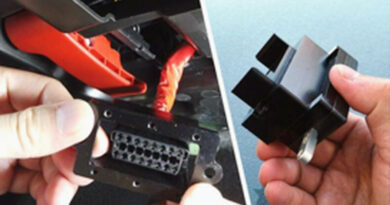 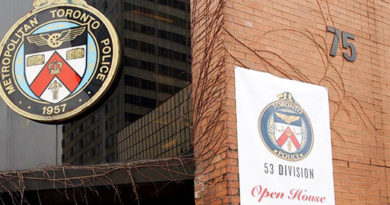 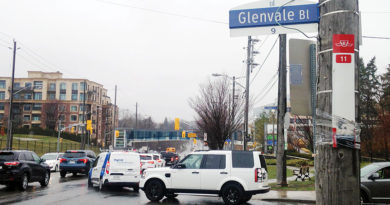