The city will close two temporary neighbourhood dumps sites that are filled to the brim and open a pair of fresh ones.

By 7 p.m. today, the trash site at York Mills Arena was at capacity and will be shut down. By Sunday July 5, the temporary dump at Christie Pits will be full, announced Geoff Rathbone, general manager of the city’s solid waste management services.

As a result, the city is opening an additional two locations starting immediately.

“We are announcing today the opening of two new temporary garbage
drop-off sites commencing at 3 p.m. today,” said Rathbone. “One is
Centennial Park Arena … and the other is at Wilket Creek/Sunnybrook
Park.”

These two sites will be open from 7 a.m. to 7 p.m, seven says a week
for residential waste and trash from small businesses that participate
in the yellow bag program.

The Centennial Park site at 1967 Ellesmere Rd. is among more than 150
possible backup locations on a city list that was leaked to the media
this week. It appears under the tertiary options if the current
locations were full.

The Wilket Creek/Sunnybrook Park location is now open for legal dumping
of garbage in the most-southern parking lot just north of Eglinton Ave.
East at 1132 Leslie St. wasn’t on that list.

As for the closed sites the city will not be removing trash from the sites that are overflowing as it will remain for the duration of the strike.

To see an updated map of the city waste sites click here. 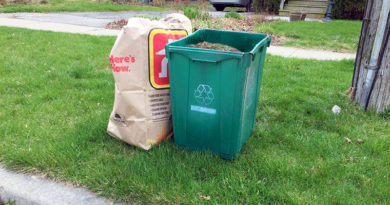