Don Mills was a trailblazing community when it was built in 1950s and local Jane’s Walk leader Ron Kluger plans to show you why.

The neighbourhood’s original design included a system of paths intended to make the area a pedestrian-friendly community.

“It’s very unusual to have such an integrated walking facility,” says the Don Mills resident. “I don’t know anywhere else in the city where there are paths penetrating the area as part of its design.”

Kluger is especially impressed with the forward thinking of the planners.

“They really envisioned that people could walk everywhere,” he says. “It’s almost like an alternative lifestyle.”

Kluger says he intends to show walkers as much of the original Don Mills paths as he can and give them a feeling for the opportunities for walking in the area.

“There were a couple of houses that were on stamps a few years ago in tribute to Don Mills so we’ll go past those,” he says. “We’re going to go on paths that go through the neighbourhood that are not so obvious to find so that people might not know about them.”

He also plans on showing the group other gems including the only tunnel dug for the area’s path system.

“Depending on how energetic people are, there are other paths that are hidden paths that are really beautiful and newer ones that were built in the last few years,” he says. “I’m just trying to give people an idea of all the opportunities there are for walking and seeing the community from different angles.”

One of the highlights for Kluger will be a preview of the Leaside Spurs. The site of a former railway track, the area has been transformed into a beautiful bike path.

“I live there, and I walk there, and I just like paths and walking. I bicycle to work downtown, so how can you not be interested?” says Kluger who is passionate about the spurs, which helps link uptown with downtown.

“The Jane’s Walks are mostly downtown. There weren’t any in the area,” says Kluger. “I thought it would be interesting for people to know about the area by walking through (a place) that has something interesting and not just a place where you drive through or live there and go somewhere else.”

This is Kluger’s second year in leading a Jane’s Walk in Don Mills and has already posted his planned route on Google Maps.

There are 38 cities across Canada and over 40 cities in 15 countries hosting Jane’s Walks in 2012. Torontonians will be able to choose from over 150 free community walks on May 5 and 6. 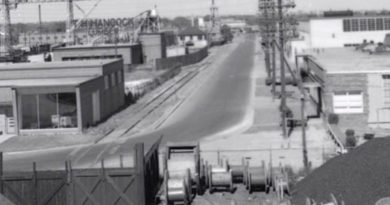 April 22, 2018 Streeter staff Comments Off on May 6: Jane’s Walk on Leaside’s great divide