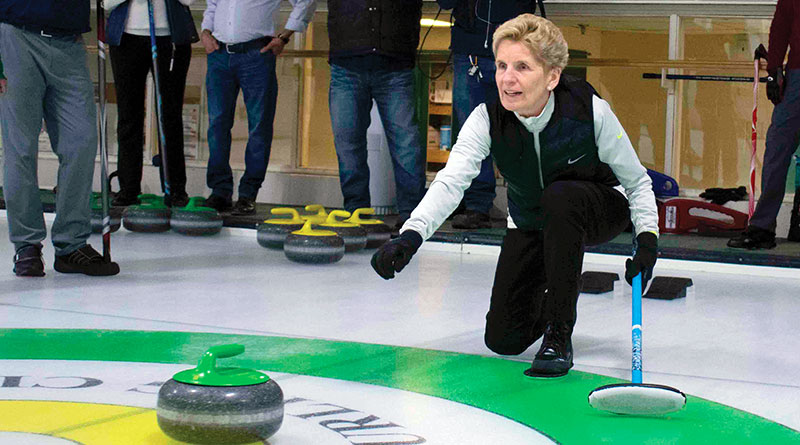 After curling with Leaside seniors on March 20, she announced that anyone aged 65 and older will receive free prescription medicine starting August 2019 as an extension to OHIP+.

“If we don’t make these investments now, we will pay a price down the road,” Wynne told reporters. “Our parents, our grandparents… people who built Ontario have told us they want to live independently for as long as possible… that’s something we need to support.”

Wynne said the plan will remove the current deductibles and co-payments under the Ontario Drug Benefit program while maintaining access to all 4,400-plus drugs.

To pay for this, Wynne plans to operate on a “modest deficit, less than one per cent of GDP.”

“Affordability when you’re on a fixed income can be an issue,” Dipika said in an interview. “We don’t want seniors to ever have to worry that they may have to choose or ration their medications.”

“There’s a need… I went through it with my mother, and we could’ve had more help,” she said.

But Andrew D. Gall, CEO of the Ontario Pharmacists Association, wonders why seniors are being forced to wait.

“Why do we have to wait 18 months? Why can’t we make this sooner? It’s teasing people,” Gall said.

He argues that the turnaround for the original OHIP+ plan was much shorter.

Ontario announced OHIP+ on April 27 and implemented it on Jan. 1, providing the same benefits for anyone 25 and younger.

“The reality is that there is still more to do,” Wynne said. “It’s going to mean one less thing people have to worry about and it’s going to deliver real savings to help manage the rising cost of living.”