Don Valley West MPP Kathleen Wynne is presenting herself as a premier who would build consensus, listen to others and present a comprehensive vision for Ontario’s future.

Wynne stepped down from her post as minister of urban affairs and housing on Nov. 2 and officially launched her bid for Ontario Liberal leader on Nov. 5 at a packed Japanese Canadian Cultural Centre.

“What I offer the Ontario Liberal Party and the people of Ontario is my ability to seek common ground on difficult issues,” Wynne said. “This is a sorely needed skill at a time when some politicians choose to polarize issues, not listen to other opinions [and] denigrate those who have different thoughts.”

The event’s celebratory feel was marred by a handful of people outside the centre protesting Bill 115, also known as the Putting Students First Act, which would impose a contract settlement on most of Ontario’s teachers.

Wynne, a former minister of education, told reporters she would work to repair the province’s union relations but would not commit to repealing the controversial bill.

“Both relationships need to be rebuilt,” Wynne said, referring to the province’s relationship with teachers and labour unions. “We can not continue to reform our schools and improve our schools without those relationships in place,” she added. “Obviously as premier, I would be reaching out to teachers.”

Wynne said she wants to build a compassionate society and create more educational opportunities, and said she would approach the job of Liberal leader not only as an urban politician.

“It’s a very different conversation in downtown London, than in Sioux Narrows, than in Perth,” she said. “We have to make sure we have the right solutions for the right geography for the right part of the province.”

The former minister was flanked by supporters such as Willowdale MPP David Zimmer as well as Brampton Springdale MPP Linda Jeffrey, who also serves as minister of labour.

Wynne said she’s looking forward to hearing the ideas from her colleague Toronto Centre MPP Glen Murray, who threw his hat into the leadership ring only days before she did.

If elected premier, she would listen to Ontarians as well as the legislature’s other parties, but would focus on a centrist vision.

Ward 25 has plenty to do over the summer months

June 8, 2011 Town Crier staff Comments Off on Ward 25 has plenty to do over the summer months

Another win for Kathleen Wynne

October 6, 2011 Town Crier staff Comments Off on Another win for Kathleen Wynne 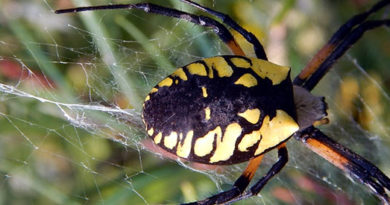 November 17, 2018 Streeter staff Comments Off on Dec. 1: Lecture at ROM on ‘friendly spiders’