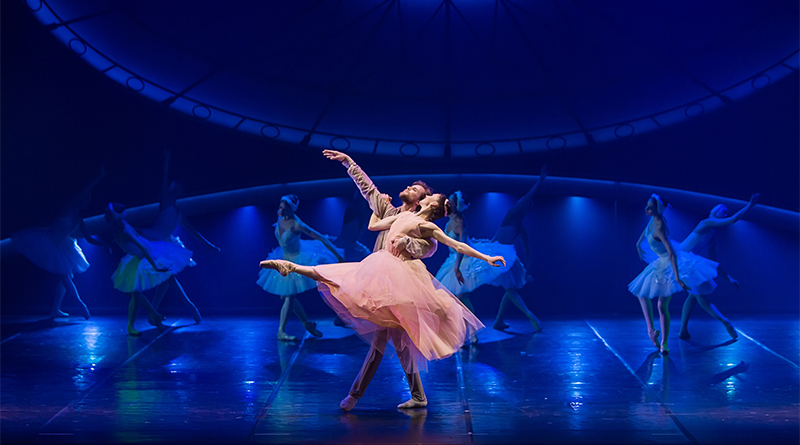 What I love about Toronto is our ability to dive deep into any creative outlet there is.

The city is rife with hive minds itching to do slam poetry, converse about horror movies, flip through classic rock albums and marvel at the architectural wonders of midtown.

I also have a five-year-old daughter who has opened me up to other creative ventures. Chiefly, ballet.

Ever since she saw the film Ballerina she has been enthralled by the fluid poetry on toes.

With the Eifman Ballet’s performance Tchaikovsky PRO et CONTRA travelling through the city May 9–11, I thought it would be a great experience to sit and watch the work of Russian choreographer Boris Eifman.

My daughter enjoyed what she saw of it, smiling gleefully at me outside the Canadian Press office, just north of the Sony Centre for the Performing Arts.

That excitement, seen in children, is what gives Show One Productions president, Svetlana Dvoretsky, a rush.

“I choose my projects on my level of excitement only,” Dvoretsky said. “This definitely makes me very happy, especially since we were the first ones to introduce Eifman here in Canada after he was travelling in North America for 27 years.”

That’s true, as Dvoretsky introduced Eifman in 2013 and brings his repertoire around every two years.

“He never does just ballet or dance,” she explained. “There is a lot of complexity in every single work he does.”

Perhaps that complexity made my daughter fidget and coo amongst the audience. But she’s in the early stages of awe as she takes up dance through the city.

However, there are plenty of opportunities in midtown, including Martha Hicks School of Ballet, at Avenue Road and Brookdale Avenue.

I spoke briefly with owner Martha Hicks about how to sate the dancing feet of a wee one, and she suggested the Nutcracker put on by the National Ballet of Canada.

“They’ve gone down a more contemporary repertoire lately. I love that but it’s not as appealing to the little ones.”

But for those who can’t get out to the National Ballet around Christmastime, there’s the Hicks School recital, which is June 22 and 23.

That will be at Crescent School for four shows.

This year’s theme will be tributes, and the senior class will be performing them for Justin Timberlake, climate change and more.