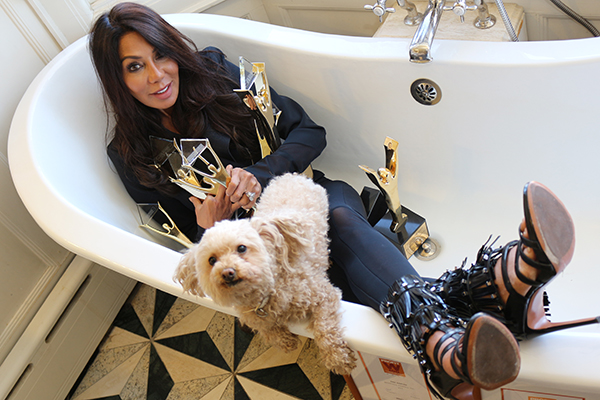 Reality television has never been one of the items on my must-watch list.

In fact, getting me to watch any TV is tough. But the aforementioned genre has, admittedly, made me eye-roll a couple of times – though I did grow up with Inner Circle’s “Bad Boys” playing in my head because of Cops.

Still, it’s always interesting when a show hits close to home. And midtown is no exception, as Forest Hill is home to CEO of iFinance Ann Kaplan Mulholland, who is currently featured on The Real Housewives of Toronto.

Every Tuesday night, Canadians get a view of the six lives of some very unique women.

I sat down with the Real Housewife of Toronto at her home recently, and was privy to a candid conversation with a dry-humoured, business savvy woman. She wants to stress, she’s a businessperson first, and if you can be well put together while doing it, why not?

“I originally sought to be on Dragon’s Den, and I went through the interview process,” she admits. “The very first time they put the show out, they didn’t want someone who was nice. I’m not nice, but I’m not going to dispel another person’s dreams.”

She’s quick to joke — about everything — as she asks me if I’ve been watching the show. Naturally, I admit I caught some of it and ask if she was alright after leaving a scene due to feeling unwell.

“It was heatstroke or something. I don’t know what it was. I think Kara poisoned me,” she says, with a laugh. Kara has established herself as the resident antagonist on the show, and is the target of a few quips during my talk with Kaplan.

Villains and health aside, Kaplan has lived in Forest Hill for 13 years. Her kids have attended school at Upper Canada College and Bishop Strachan School. She’s also well travelled, having lived in San Diego, New Zealand and Vancouver.

She opens about her life right from the beginning in Winnipeg. It’s not without its own drama. Her mother had an affair with a Hawaiian entertainer, and since the family was of old money, a story was created upon the her birth that she was adopted by her mother after the real child died during childbirth and Mrs. Kaplan’s roommate died, orphaning their newborn – thus Ann Kaplan.

“It’s kind of like the movie, The Jerk, and they tell them he wasn’t adopted when he was,” she admits. “It’s kind of the reverse, they told me I was adopted, but I wasn’t.”

Still, she injects humour into every challenge. Even when talking about her children who took arts-related degrees abroad (she quips they’re useless), there’s a sense of pride in them as they have become good global citizens.

“I’ve been through a lot in my life, and even recently with losing my sisters and my mother. When you go through life, and you love people, you can’t help but feel pain. With caring comes pain, and the only way to get through it, sometimes, is humour.”

But why The Real Housewives of Toronto, rather than another kick at Dragon’s Den?

“I thought if I could be myself, and I could demonstrate that a housewife can be working, intelligent and married and have children,” Kaplan says. “I want to be an example to people on how to get through the situations that are really tough and maintain some level of intelligence and humour, and still be a lady.”

Nutritionist has the skinny on weightloss

November 27, 2013 Town Crier staff Comments Off on Nutritionist has the skinny on weightloss

One thought on “This Real Housewife is all business, and humour”