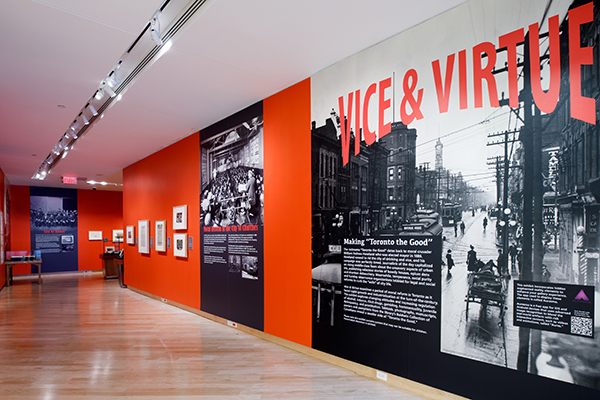 The Six. Hogtown. The Big Smoke. Hollywood North. The T-Dot.

I get them. Those aforementioned monikers are all geographic or industrial or abridgements of the given name.

But Toronto the Good? When you move to the big city, nuance tends to be lost on you when learning of its inner workings.

Being a journalist, I find those gaps are filled pretty quickly, but one thing was always a mystery: where or who came up with the nickname, Toronto the Good.

The shadow of Hogtown tends to blanket most of the 905, and most folks who call the ‘burbs home have an unhealthy disdain for it.

I grew up in Whitby, where Toronto is perceived as a pariah of sorts. I know my parents react as if they’ve been exposed to poison ivy when the subject of the city comes up. Perhaps the itching is not as invasion, but merely a symptom of seasonal distress.

Fictional medical woes aside, I often ask how is Toronto good? Besides the latent pride residents have, the Toronto Reference Library is a great place to answer this question.

From Feb. 11 to April 30, the city’s big book repository is exhibiting Vice and Virtue. As lurid as that may seem, it’s been the pleasure of both Mary Rae Shantz, the manager of service development for special collections, and curator Nicole Dawkins, to put it together.

“We wanted to take a look at Toronto the Good, and showcase the other side of the story,” Shantz said, in a quick letter to me. “Victorian Toronto had a reputation of being moral and upright — but we know that beneath that veneer, there was a darker story.

“It was interesting looking back at moral reform, much of what was considered ‘immoral’ is now completely acceptable.”

So, by the standards of Toronto, circa 1886, our world is tawdry. Or in the case of Sunday shopping, a restless one.

Puns aside, the installation tells the story of how former mayor, William Holmes Howland, vowed to rid the city of its evils in 1886. In his crosshairs were alcohol, tobacco, illicit drugs, gambling, homosexuality, juvenile delinquency and prostitution.

Along with photos, the Vice and Virtue exhibit offers augmented reality elements. Visitors can download a free app called Aurasma and can point their phone, or tablet, as a trigger in the exhibit. You may even have a burlesque dancer come to life on your device, which means this isn’t a museum installation for the kids.

Regardless, the lasciviousness of Victorian Toronto is kept fully robed here, save for a few slips. Overall, Shantz and company want visitors to learn about Toronto’s more salacious side.

And that answers my question of how the city earned its good nickname. It only took me eight and half years of living here to find out. 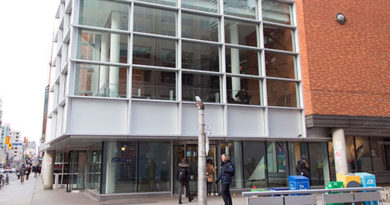