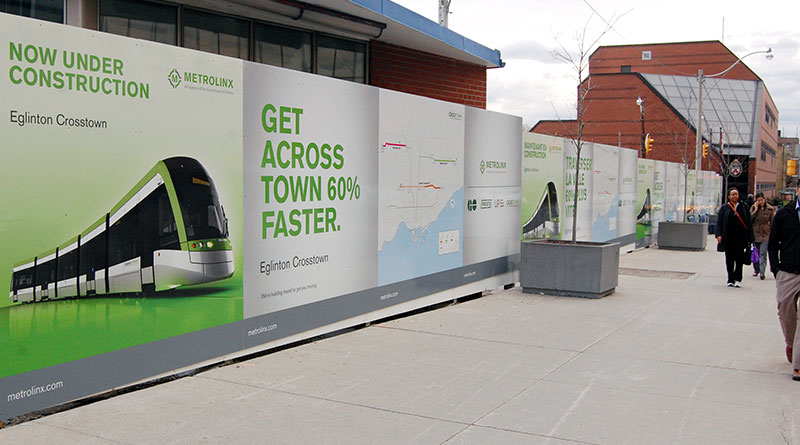 Former chief planner Jennifer Keesmat, forgotten but, alas, not gone, has continued to chirp about the Scarborough subway and the Downtown Relief Line. It was on Keesmat’s watch that so much density was planned for Eglinton that we will have to start considering a relief line for Eglinton before the LRT even opens.

At a meeting at Yonge and Heath streets in March 2015, the lead planner for the Downtown Relief Line said they would put more density along that line too, which would surely run at cross-purposes to the stated intent of the line — that is, as a downtown bypass.

The Scarborough subway is essential to restore the balance of the transportation system. No business would relocate to Scarborough without reliable transportation. With Eglinton more constricted to traffic, rapid transit will be essential if we are able to put more jobs in the suburbs to reduce the crush of the daily commute. Getting more stops on that subway is as easy as getting a new premier.

Of course we need to consider the cost of the Scarborough Subway, but Keesmat’s shown little concern about the cost of Rail Deck Park. Whether it is King Street or the Relief Line, the planners consider every solution but the obvious, that is that congestion is just the symptom. Density is the disease.

In the Mmidtown in Focus Study trumpeted by Councillor Josh Matlow there appears to be an upzoning from the Official Plan designation of “Neighbourhoods” to “Apartments” on Cardiff, Banff and Walder. This has the appearance of something in the Eglinton Connects plan, supported by Matlow, called a “Neighbourhood Transition Area,” designed to give developers the space they need for higher densities on Eglinton.

Meanwhile, that pompous little group that calls itself the “city builders” sits around with their fingers up their noses when a developer has boarded up hoses at 3–5 Cardiff Rd. and 492–498 Eglinton Ave. E. the city should deny this developer permits  or any assistance at all as long as they are in search of Toronto property standards. This isn’t downtown Detroit.

Keesmat owes us an explanation about something buried in Eglinton Connects, the upzoning, on her initiative, of six houses on Eglinton between Leaside High School and Hanna Road. There is no apparent developer applicant — Keesmat just wanted those six houses upzoned to stacked townhouses even though the home of a retired couple on Hanna Road is 60 feet or less from the back wall of one of the affected houses on Eglinton.

Is this someone’s idea of planning?

Did the councillors even know they approved this, or were they distracted by the planners’ pretty pictures of Eglinton Avenue reduced to three lanes?

When developers applied to build tall apartment towers on Erskine Avenue, city planners demanded and got 150 feet of “landscape open space from the towers to the south limit of Keewatin Avenue.” This can be found in the Reports of City Council 190678 Appendix A, Volume 3, Building and Development Report No. 12, page 2271 (Second floor, Reference Library).

So why do the residents of Soudan Avenue not deserve the same treatment? Is it just because the planners screwed up by designating the north side of Soudan as “Apartments,” when it was all houses but for one four-storey apartment building?

Soudan is strictly a failure of planning.

We trusted them. And they let us down. Again. 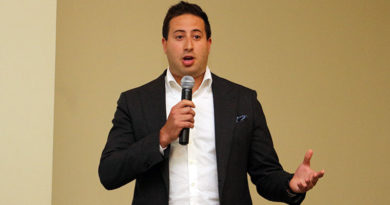 May 29, 2018 Brian Baker Comments Off on Developer confronted with construction-fatigued residents in Yonge-Eglinton