The time is now.

The greenspace at Bannockburn School in North Toronto can be saved if the city acts quickly in the new council term.

Now that the OMB has scheduled another two days for its hearing on the TDSB’s proposed severance of the land — now slated for Jan. 8–9 — the city has time to fast-track whatever it needs to in order for the space not to be partitioned and fall into the hands of a developer.

That’s what community activists and groups like Save Bannockburn Green Space dread most: that greenspace local people use as a park will fall into the hands of developers.

This is also the right time for the school board to figure out creative new ways of raising capital so it isn’t left shrugging its shoulders as it attempts to sell off assets of benefit to the community and saying, “Oh well, our hands are tied.”

The Oct. 27 municipal election saw new faces in half of the trustees-elect. If we are to put blame on the school board for the sales of school properties, then we should be hopeful the new group will have a different view.

Much of the argument for the sale of school properties has come from a necessity based on a mandate from the province, essentially where the board is forced to sell in order to receive money for other capital projects.

But a new mandate from the province this past summer suggests the opposite — turning underutilized spaces into community hubs. That’s a good start.

The trouble with selling an asset for short-term financial gain is that once those funds have dried up you no longer have the asset and you still have debt or costs. It’s like selling a piece of furniture every month to pay the rent. Eventually you’ll have no furniture and still owe rent.

So on the topic of rent, how about that as a solution?

Instead of buying the greenspaces from the school board, the city should rent them.

It’s not a big windfall for the school board, but it is consistent income. It’s not a big output for the city — rather, a cost that’s more manageable. And it’s not a loss for the community.

These things need to happen in the first couple of meetings of the new city council and school board. Otherwise, in the case of Bannockburn, it may be too late.

The time is now.

Bannockburn OMB hearing held over until May

January 12, 2015 Shawn Star Comments Off on Bannockburn OMB hearing held over until May 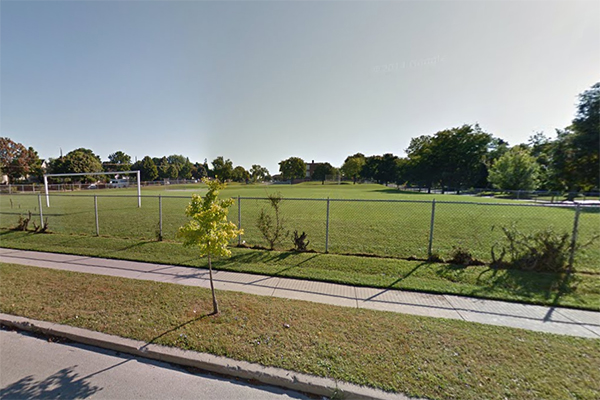