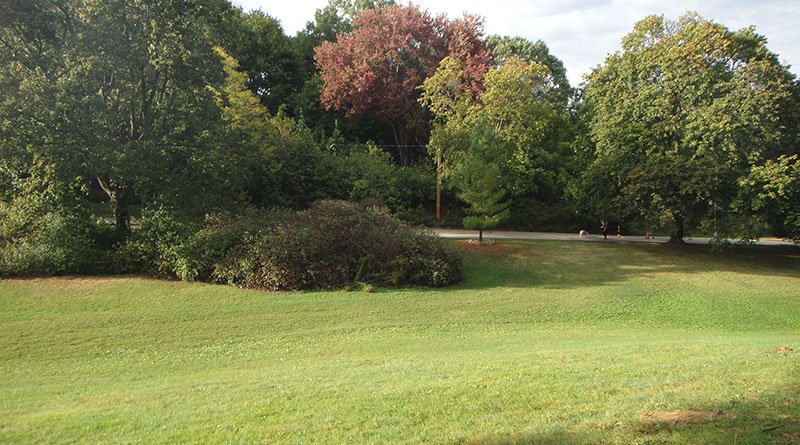 Keewatin Avenue, in the heart of the Yonge-Eglinton neighbourhood, is named for the Aboriginal term for Canada’s central land mass.

In 1855 the Bond family farm stretched from Erskine Avenue, a block south, to Keewatin. It opened up for development in the late 1880s.

Since then, the tree-lined street has become home to a mix of people, with many young families as well as older folks who have lived there for many years.

The south side of the street from Yonge Street east to Mt. Pleasant Road is a mix of a few houses and several apartment buildings which are set back to provide surrounding green spaces, while the north side is made up of pretty much mostly houses. East of Mt. Pleasant it’s almost all residential.

The Jerome D. Diamond Adolescent Centre at 196 Keewatin (part of Jewish Family & Child) provides day treatment and education programs in cooperation with the Toronto school board for kids 12 to 17 with emotional, social, academic or behavioural challenges.

Long-time homeowners living on Keewatin are passionate about preserving their street’s character.

In fact, in 2015, in opposition to a proposed townhouse complex development which they felt did not fit with the character of the street, a group of residents banded together and formed what is now known as the Density Creep Neighbourhood Alliance.

In March 2017, an appeal by Keewatin Developments Ltd. was dismissed and the Ontario Municipal Board put a stop to part of the project once and for all. Originally, the plan was for two rows of four-storey stacked townhouses.

The new plan will allow only one building to be erected. Although residents were not completely satisfied with this outcome, they felt it was better than nothing.

Keewatin has also been in the news because Ontario premier Kathleen Wynne lives on the street. Last year she and some neighbours were upset when some demonstrators protested at her home.

John Gaglaas has lived on Keewatin Avenue with his wife and two young children since the summer of 2016. His family already lived in the area for the previous eight years and loved it — in large part because it is so close to school, work and the subway — so much so that they moved just two streets north to Keewatin. Gaglaas already knew other families on Keewatin with kids around the same age as his own children so he knew they would fit right in.

A big part of the draw to Keewatin Avenue is its proximity to Sherwood Park. In fact, Gaglaas jokes that it helps to be friends with neighbours with backyards that afford direct access to Sherwood, which is said to boast Toronto’s most popular off-leash dog park.

Parents feel comfortable letting their children congregate on the street’s dead end which looks out at Mount Hope Cemetery. It is evident from the basketball net and toys that appear to be permanent fixtures at the dead end that it has become a safe haven for kids to play, especially since that part of the street sees very little traffic.

Since moving to Keewatin, Gaglaas and his family have enjoyed the annual street party, street sale and movie night, and hope there will be even more fun things to discover the more they settle in.

Gaglaas is confident that moving to Keewatin was the right decision.

As he says, “For us this was THE great street we were looking at” as far as being able to stay in the neighbourhood.

OMB says no to highrise

October 5, 2009 Town Crier staff Comments Off on OMB says no to highrise 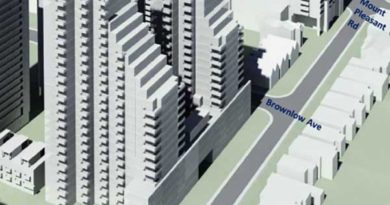