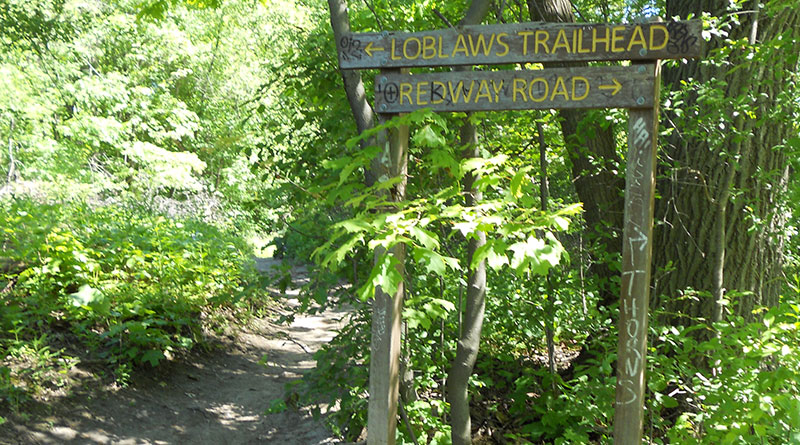 Just as Franklin sought a northwest passage twixt Atlantic and Pacific, so too I have sought the equivalent in Leaside. Everyone knows how to take the streets that get you from the Loblaws on Moore Park to the super Loblaws on Redway Road — but how about one to the other, not by car on pavement but by foot amid Mother Nature?

I have charted just such a route. I now know how Terry Fox’s luckier successor Steve Fonyo must have felt, when he dipped his artificial limb in the surf off the west coast of Victoria Island after months of hop-jogging it all the way from the east coast of Newfoundland. Of course while Fonyo’s journey was indeed heroic and raised millions of dollars for cancer research, mine was rather easy, raised not a dime for any cause, only took an hour — and has already been dismissed by my acquaintances as a pointless stunt of zero import.

I beg to differ.

Suppose one is a loyal Loblaws shopper, and a needed item is out of stock at one location, and one’s car is in for repairs, and one is in the mood for a ravine walk. In such circumstances I say: follow me.

Let’s start at the Loblaws on Moore Park, at the west exit.

Paradoxically, we immediately head in the opposite direction from the Super Loblaws. Cross at the lights to the west side of Bayview Avenue. Walk south along the big “Ikea key” curve. This is our preamble ramble. It will take only several minutes. We will soon be in Leaside’s own Sun Valley!

Once past the stairs up to Bennington Heights High School, the lights at Nesbitt Drive loom just So, ramble sharply downward along the spacious new sidewalk, with an occasional backward glance in case any kamikaze cyclist is picking up speed.

ahead. Cross there and then cross over to the east side of Bayview. Walk south on the paved shoulder and then on the sidewalk. You’re on a bridge overlooking abandoned railway tracks.

Where the sun shines brightly

Once over it, there’s a guard rail with wooden posts. Swing yourself over that, or proceed a bit further to the “official” entrance. The broad light-gravel path ahead will take us into Sun Valley, where on cloudless days the sun always shines brightly.

Throughout this journey you will espy other narrower more-rugged paths branching off in all directions, but these are dirt-biker trails best left to the dirt bikers.

Several minutes into this country-walk, we approach a great divide featuring a hefty white sitting stone, the first of several, and an information plaque. The plaque will orient you in Sun Valley and inform you about the area’s history. (You’ll also learn about native plants like the feather-leafed quizzlequonsil and the purple feengloster — or whatever. (Who remembers these weed/flower/tree names even two minutes later? I tend to take in all the ambient greenery as one big composite.)

Bear left (east). God forbid you should mistakenly head the other way: toward railway tracks, and bridges, and the gently-flowing East Don River, and cool refreshing fountains and the Garden of Eden and Paradise.…

Snap out of it people! We’re on a mission here — to Loblaws. Continue along the broad curving path for another several minutes until the gravel coarsens.

A football-field’s length ahead you will see another great divide. This time we will go off the main path, instead taking the fairly broad dirt path to the left, that is, north. (If instead you encounter another info plaque a few minutes later, you missed the junction. Go back.)

Okay. This part of the trail is a bit rougher, and more winding and up-and-down, eventually turning into a dirt-bike path, so watch out for bikers. It’s more woodsy now, with a few slightly-muddy bits.

Soon we come upon wooden signs for Loblaws to the left, and Redway Road to the right. Choose the former to prolong our nature-walk since we’ll soon be arriving anyways at the paved road that connects the North Toronto Sewage Treatment Plant down the hill and the Loblaws parking lot up the hill. The last few minutes are a nearly 45-degree climb. Before Earth Day clean-ups the entrance to the parking lot was a garbage-strewn disaster area, but as of June it was near-immaculate.

Well, that’s it. Treat yourself to a drink and a snack at the Super-L, and, oh yes, pick up that item that was out of stock at the Moore Park Loblaws. Let’s just hope it’s not a meat item, lest you be ravaged by coyotes on the return journey — see previous columns on the subject. (Insert tongue-in-cheek emoticon here.) 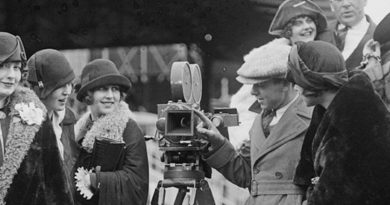