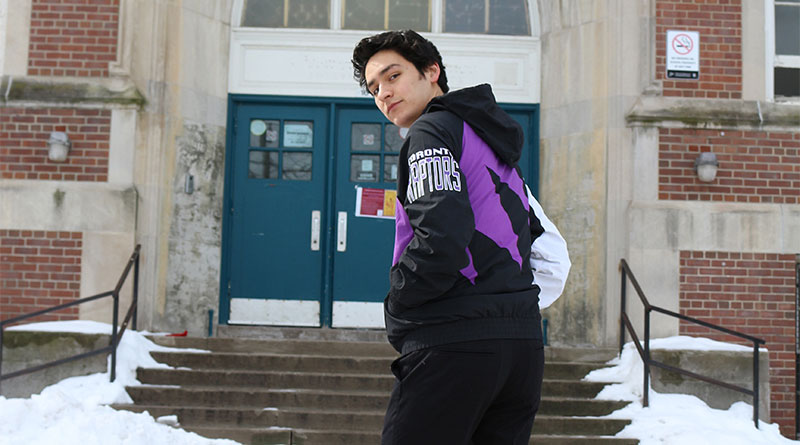 It’s not often I get tagged because I have been plunged into the depths of parenthood and don’t get out that often unless to cover events.

So, my curiosity was piqued, and upon discovery, it was a photo taken by former colleague Francis Crescia during my last moments at the Town Crier, before my departure for Sun Media.

The photo was from seven years ago this month that I covered the South Region final where Manny Diresa and James Sylvester, pictured in the Instagram post, finally overcame their rival Oakwood after a short span of losses.

That rivalry stood out during my four years reporting on sports. Eastern Commerce and Oakwood. Kevin Jeffers as the coach of the Saints, and Anthony Miller with the Barons. There’s a legacy these two schools have in their respective communities and to the game in Toronto.

All that history aside, I reached out to the Instagram account that tagged me. It was Eastern Documentary, dedicated to the film directed by Luke Galati.

When I was in full force covering high school sports, he was a senior at Riverdale. We sat down, just outside his current place of work, with the Toronto Raptors as the Associate Producer on their docu-series Open Gym.

I sat down with him outside the Scotiabank Arena and talked shop about why a Riverdale alum would take such interest in Eastern Commerce, a school that closed down in 2016 due to low enrolment.

Outside of sharing a story about how the basketball team he was on beat E-Comm’s B team during a tournament Riverdale hosted, he felt there was a need to share the stories of Eastern that he stumbled upon and worked to develop with Kareem Griffin, the former head coach of the girls’ basketball team.

“This is a powerful story — it needs to be expanded upon in a more artistic matter so that when people are looking back on sports history in Toronto, this moment in time, and the history is captured,” Galati told me. “Sports is an amazing vehicle to enter larger topics for larger issues. Sports can be a reflection of society at large.”

Over a year ago the documentary, Eastern, made the film festival journey. It won best documentary at the Toronto Short Film. It was also aired before Raptors games on TSN for a year.

On the film credits with Galati are Jacob Thompson, Robert Mackenzie, Eric Rowe and Tagwa Moyo. It all started in Galati’s final year of journalism at Ryerson. They also interviewed the key players, like Jeffers, and the former coach of the girls’ team Kareem Griffin.

Even though Eastern Commerce is no longer open, the Raptors’ winning — and subsequently the rise of basketball in Toronto — as well the popularity of learning about Canadian sports history, make it an important story.

“Even if something is no longer, it doesn’t mean you can’t celebrate what once was. Basketball is so hot in Toronto right now. It’s important that people know it didn’t just happen overnight,” Galati said. “The foundation of basketball in the city and the education of young people has been something in the works for decades.”

All this nostalgia just makes me happy to have had to chance to cover the team’s basketball exploits.

Bruins overpower Panthers in second half