On Nov. 19, I attended the Davisville Public Realm Workshop, part of the city’s Midtown in Focus study created to support greater livability in midtown Toronto. The event at Greenwood College School on Mt. Pleasant Road consisted of a walking tour and workshop focused on community infrastructure, transportation, and preservation and addition of parks and green space in the area.

Among those attending were Ward 22 councillor Josh Matlow, Paul Farish of the city’s planning division, and representatives from South Eglinton Ratepayers’ and Residents’ Association, and other local residents and  business people.

The damp, rainy day didn’t stop people from coming out to talk about what they are happy about and what they would like changed in order to make the area safer and a more inviting place to live.

Farish said there are many initiatives under way to preserve the neighbourhood and to build a vision that supports growth over the next 20 years, including renewal of streetscapes, improvements with respect to accessibility, transportation, infrastructure, and replacement of trees on streets such as Millwood Avenue.

After separating into groups and walking through our assigned streets, we met back to share our feedback. It was reported that residents are happy about the width of the sidewalks on Balliol Avenue, which allows for people to walk side by side and provides a safe path for strollers, walkers and wheelchairs. The pillars that have been installed at the edge of the sidewalks provide a barrier between cars and pedestrians.

Concerns were raised about sidewalks on Davisville being too narrow for people to walk next to one another, or for those with mobility issues to get by safely. Also, utility poles on that street constrict sidewalks and make snowplowing a challenge.

People would like to see more mid-block connections between streets to make it easier for pedestrians and cyclists to get to one street from the next. Also, as the city grows, more bike lanes and bike parking will be needed, as well as more crosswalks and stop signs — especially at busy intersections like Millwood and Mount Pleasant.

Something that sets Davisville apart from other nearby midtown neighbourhoods is that apartment and townhouse complexes are deliberately set back from the street to afford green space in front of the buildings. Outside areas of some of the apartment buildings are also for public use, like the Al Green Sculpture Park on Davisville Avenue. More seating and beautification of the adjacent green space could make it even more inviting.

Although people are generally pleased with June Rowlands Park at the corner of Davisville and Mt. Pleasant — which boasts a water park and book exchange — there is still room for improvement, such as better maintenance of grass and by moving the washrooms closer to the splash pad. More stalls could be added to the washrooms and floors better maintained to make them less slippery. As more and more dogs are coming to the neighbourhood, pet owners would like to see an off-leash dog area.

The new Davisville School, set to reopen in September 2020, will become midtown’s new community hub, providing an aquatics centre and other new opportunities for recreation and will give added convenience to parents whose children attend the school.

Despite the existing green space in the area, residents feel that there could be more, such as, for example, by turning the unused subway tracks at Davisville subway station into a park. There was also a proposal that the city purchase the land at 33 Davisville Ave. to turn it into a parkette, and to consider expanding Oriole Park.

It was also strongly felt that it is important to preserve heritage buildings such as the post office next to the subway station, while making improvements to the surrounding block.

Merton Street could be improved by removing road bumps to make it safer for bicycle riders. Also, more accessibility to the Beltline Trail from Merton Street is needed, as well as more signage and lighting. The Red Lantern Pub, a landmark in the neighbourhood for five decades, was mostly met with positive feedback, although more patio space could make it even better.

Issues raised at the workshop are to be discussed in consultation sessions scheduled for early 2017 and the emerging Midtown plan is to be presented to city council in the spring with hopes of implementing the final plan by the end of 2017. 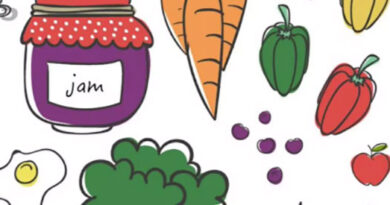 Tuesdays and Thursdays: Join the fresh food movement at AppleTree

Tuesdays and Thursdays: Shop for fresh food at AppleTree Markets