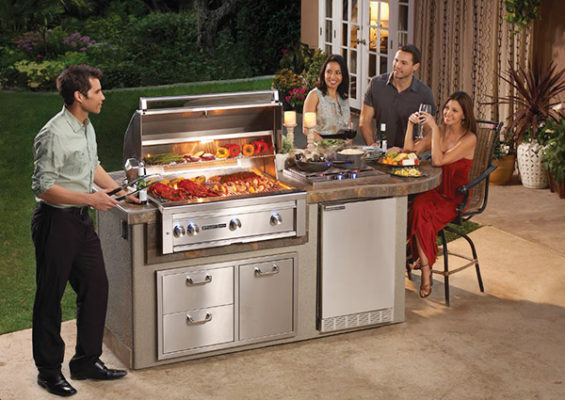 And it still holds somewhat today, judging by a new survey.

Pollster Angus Reid found that 95 percent of Canadian households enjoy barbecues during the summer, but 76 percent of them list men as the primary grillers.

Yet only 39 per cent of women rate their partners’ skills highly, in the survey commissioned by M&M Food Market.

Allen, who distributes barbecue equipment across Eastern Canada, notes that gender-based barbecuing concepts may be changing, however. Shopping for a new grill is still a male thing, he finds, but the decision to get a barbecue in the first place is often made by the woman of the family.

As for the grilling itself, “there is still an element of show business about cooking outdoors, but less so now.”

Some manufacturers are helping to “take the caveman out of it” with more user-friendly products that appeal to women, Allen says.

For example, one company is making it easier to open the barbecue. “It used be the myth that the heavier the lid, the better the grill,” Allen says. “But now Lynx has a counter-balance spring system that makes it possible to lift the lid with a single finger.”

M&M says it is helping overcome the general lack of confidence in grilling prowess (only 23 percent of men in the same survey rate their own skills highly) by offering in-store meals advice, grilling tips and tasty new products.

Battle of the sexes—well done 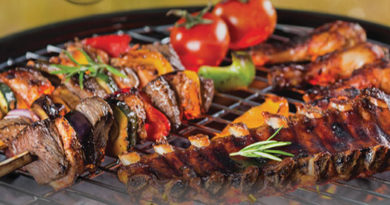