It’s your first yoga class ever and as soon as you sit on the mat, the instructor launches into an impossible-looking V-sit. The entire class follows, except you.

Vowing never to return, you decide then and there to swear off yoga for life.

You’re not alone. The experts say that one bad class can wreck yoga for a person – but it doesn’t have to be that way.
Here are some tips for finding the yoga style that’s right for you:

Hit the mat and experiment

First, pat yourself on the back for getting out there and trying a class in the first place. There are so many styles and yoga studios that it can be intimidating just getting to the studio.

Toronto yogi YuMee Chung says there are nine internationally recognized brands of yoga, but that different styles spin out of those and that people also mix and match the different types.

Chung advises surfing the ’net to get a sense of what each style entails — she recommends websites Toronto Body Mind and Yoga Journal as good yoga resources — and then jumping in and trying classes.

“It’s such an experiential thing,” she says. “You can talk (about it) ’til you’re blue in the face.”

Chung co-founded Passport to Prana five years ago in Toronto to give people the chance to experience different yoga styles. She says at the time there wasn’t a lot of crossover between the different types of yoga.

The passport card, which has taken off in the last year and is now available in L.A., New York and San Francisco, enables users to try out a yoga class at participating yoga studios in their city.

The Type As tend to be athletic and have high-stress jobs, she says, and they want a more fiery class where they move around.

For that reason they tend to gravitate towards a form of hot yoga called Moksha, where the room is heated to over 37 degrees Celsius, she says. Either that or Ashtanga yoga, Bikram yoga and Power yoga, all dynamic styles that entail lots of cardio.

Those looking to relax and de-stress may prefer Hatha yoga, she says, or other styles where you move slowly through the poses and really focus on what’s happening inside.

Though Chung agrees that certain personality types gravitate to certain styles – the gym crowd goes for Ashtanga as it’s a dynamic cardio workout – she wonders if a high-stress person wouldn’t benefit from a more mellow classes.

She also suggests looking for a certified instructor with teaching experience.

Rooke adds that each instructor has his or her own way of teaching even the same style.

“You need to feel comfortable with their language … and to ask questions.”

Keeping an open mind as to the various benefits and effects of yoga can be a good strategy when you first start a yoga regime as often, there are unexpected results.

Some people are surprised they sweat and are sore the first few weeks, Rooke says. Others expect to get the poses right in the very first class (remember the V-sit?). If you don’t get the poses straight away, be patient:

“Yoga is a practice,” she says. “It takes time to master.”

If one style doesn’t work for you, she adds, try another until you find the one that works for your body.

On the flipside, those who seek out yoga for physical fitness reasons often discover it has other effects.

“It does really calm your body and mind,” Rooke says. “It brings more than physical stuff.”

Aside from physical benefits like better flexibility, more energy, and better circulation, Rooke says the calming effects of yoga can extend beyond the yoga studio.

“You start to take lessons from the mat and apply them to your personal life.”

Chung can relate. She took her first yoga class when she was a stressed out lawyer and it changed her life. She left the world of law and became a yoga instructor and yoga studio owner, and now, a yogi entrepreneur.

Yoga gives her insight into her emotional life, she says, and the breathing she’s learned through yoga helps her deal with challenging or stressful situations.

At close to 40, Chung says she’s healthier and happier today than she’s ever been thanks to yoga.

“It continues to be a crash course for me in understanding my own mind and body.” 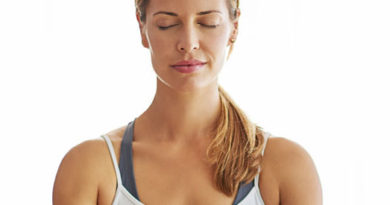