Longtime Leasider Kelly Dolson opened her business, Core Body Science on Nov. 1 on Millwood Road, only to close it and re-open three months later in a space that was two blocks away, at 856 Millwood Rd.

“It was a bit of a nightmare,” Dolson says of the bad landlord relations that prompted the move in the first place.

“It was a really good learning experience.”

But the former nurse of 22 years — most of which she spent at Mount Sinai Hospital — doesn’t appear that ruffled by the rather steep learning curve of running a new business.

Our bodies throw us curves all the time, she says.

It was vital that she open and stay in the Leaside community, says the woman who raised money to go to nursing school by working at the Leaside Animal Clinic.

Dolson isn’t just a former nurse. With training in fitness instructing, personal training, and Pilates — not to mention a bachelor of science in nutritional science — she’s more than qualified to teach the fitness and nutritional programs she offers.

Plus she says she knows the Leaside ethic.Leasiders aren’t just the type to do their hour at the gym and then go home, Dolson says. They get that exercise and nutrition are all connected.

And they don’t mind paying $20 more for smaller class sizes (typically between four to seven people) and personalized instruction, she says.

“I want to keep it small so I can keep an eye on everyone.”

Dolson is an entrepreneurial girl at heart. In 2005 she started a program at Mount Sinai called Telemedicine, which connects long-distance patients with doctors and health care providers via teleconference — and the Telemedicine services still exist. She was laid off a year ago April 1 due to provincial cuts, she says, that slashed her department’s budget by $2 million.

She wasn’t happy at that point and was ready to leave, she says.

“This (business) is something that’s been in my head for years.”

Her studio is different from many that can be more rigid, she says, as she allows for drop-ins and she doesn’t kibosh chitchat in class.

Those two blocks, she says, has made a world of difference. 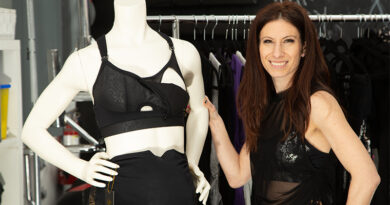 Future in training working out for fitness buffs