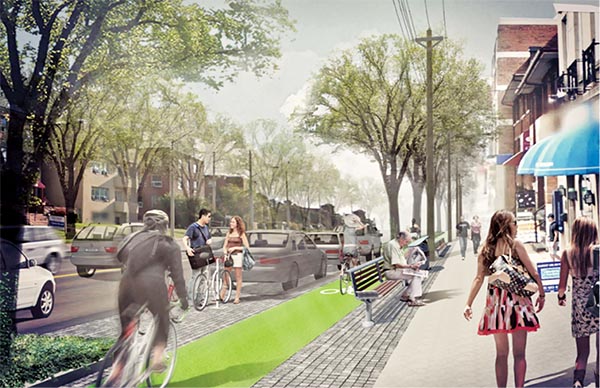 Remember Eglinton Connects?  Back in 2014, after two years of extensive public consultation, the Eglinton Connects project won unanimous approval from city council and praise from critics and engineers.

Alongside updates to the zoning along the corridor, Eglinton Connects presents a streetscape plan to revitalize Eglinton, making the above-ground section as transit-friendly as the underground LRT. That means wide sidewalks for pedestrians, protected bike lanes to help people get around, street trees and street furniture to make Eglinton an attractive place to shop, and even on-street parking spaces. At the same time, four full auto traffic lanes will be maintained over nearly the full length of the street.

But the project is not yet fully funded.  Out of the total project budget of $5.3 billion, the entire streetscape plan is estimated to cost about $0.23 billion, or about 4 percent.  Yet, only about $80 million has been allocated so far. The remaining $150 million is still to be found.

And what if the budget is never allocated, and Eglinton Connects is not fully built?  Metrolinx would build the new streetscape, about 100–200 metres at a time, where they will be ripping up the street to build stations. The rest of Eglinton between the stations would be a patchwork mess of various temporary measures and the existing streetscape, with another five years of wear and tear from the construction process.  Construction could drag on for years.

Without a transit-supportive streetscape, Eglinton could well struggle.  Other examples of underground transit projects could serve as a warning. On the Danforth, after the streetcars were replaced by the subway, the street life at some neighbourhoods like Donlands and Coxwell never fully recovered. In 1966, local business owners even presented a petition of 15,000 names to restore the streetcars. And on Sheppard, more than 10 years after the subway opened, the surface streets remain hostile to pedestrians and cyclists.  There is very little pedestrian traffic on the street and no vibrant retail life. Indeed, the Sheppard subway remains woefully underutilized, and the streets have the worst automobile traffic in the city.

With surface transit moved underground, passengers no longer travel on the street, and no longer pass (or walk) by streetfront retail.  Without a safe and attractive main street destination, pedestrian traffic dries up, and businesses suffer.  Stores remain boarded up, sometimes for years.

Eglinton today is a mess of a construction yard, with numerous road closures and interminable delays.  But when the LRT is completed, the construction hoarding will come down, the passengers will disappear underground, and the vast majority of the buses will no longer travel the street. Will Eglinton finally become the safe, beautiful and welcoming place its residents and businesses asked for it to be?

City council should allocate the necessary capital budget as soon as possible to ensure that when the LRT opens in 2021, streetscaping improvements open with it. And the federal government should prioritize Eglinton Connects, as a shovel-ready project, for stimulus funding.

John Taranu is a midtown resident and a volunteer with Eglinton2020, a community group supporting improved transit on Eglinton Avenue.

Eglinton Connects not all it’s cracked up to be 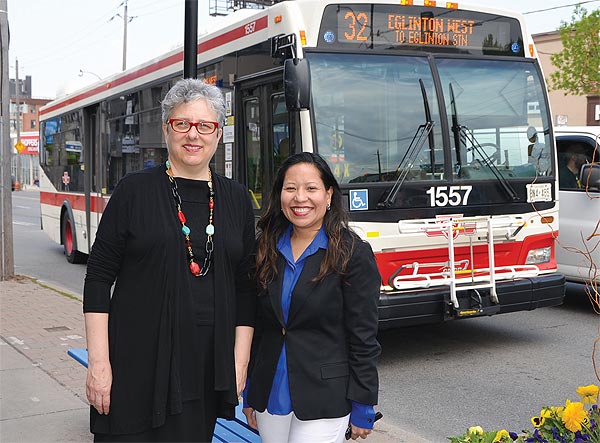 One thought on “The case for funding Eglinton Connects”