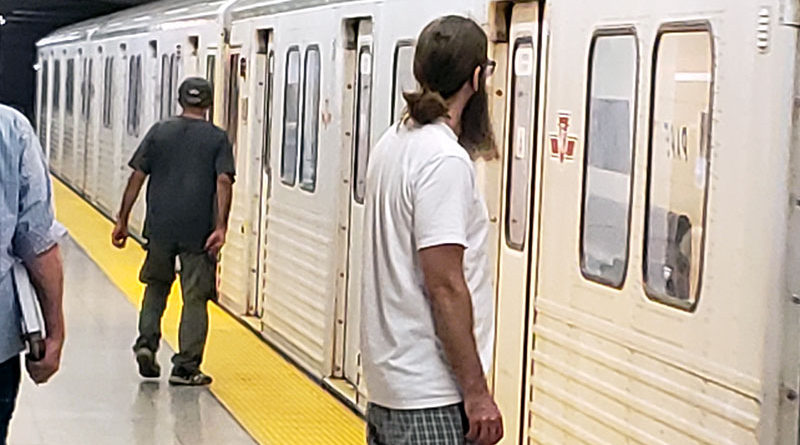 I moved to East York just over two years ago, and may I say that I don’t think I could have chosen a better neighbourhood to live in. One of the reasons I say this is because I have almost everything I need within walking distance from my home. This includes a subway station. I live about five minutes’ walking distance from Pape Station.

I first started to take issue with this in the summer of 2016, my first summer living in the neighbourhood. That was the so-called summer of the hot subway, when the heating, ventilation and air conditioning (HVAC) units on many if not most of the subway cars on Line 2 broke down and riders on the line were stuck travelling in trains that felt like ovens.The summer of 2016 was quite a scorcher and the HVAC units on the older trains used on Line 2 just couldn’t keep up.

No sweat, however, for those riding on the Yonge-University-Spadina line (Line 1). The HVAC units on those trains just kept humming along.

I couldn’t help asking myself why people on Line 1 get to ride on new, wider, more comfortable trains, while I and everyone else who relies on Line 2 has to swelter in old, clunky subway cars.

I got even angrier about this whole issue when the city started announcing improvements that were to be made to Line 1. The TTC was going to upgrade the line to use automatic train control that would allow subways to run closer together at shorter intervals, leading to less crowding.

In other words, people who ride the Bloor-Danforth line would continue to have to rely on old, dilapidated subway trains without the bells and whistles of automatic train control or other upgrades. Frustrated by this, I called my local councillor’s office asking to be told when us folks on Line 2 would at least get to ride the new Toronto Rocket trains that have already been a fixture on Line 1 for several years now. The answer I got? No answer at all. I was told that there was no timetable for introducing the new trains onto Line 2.

Now just to be fair to our city’s leaders, they’ve made Line 1 a priority because it’s Toronto’s most used and most crowded transit route.

Nevertheless, I think the folks at City Hall could at least throw us Line 2 users a bone or two. At least give us an indication of when we can expect to ride new, modern trains.

And may I remind everyone in East York that this is an election year. Let’s make it an opportunity to tell our elected representatives that if they continue to neglect the Bloor-Danforth line and us folks who use it, they do so at their own peril.

OneCity has support in Don Mills

Dog put down after being trapped on subway tracks